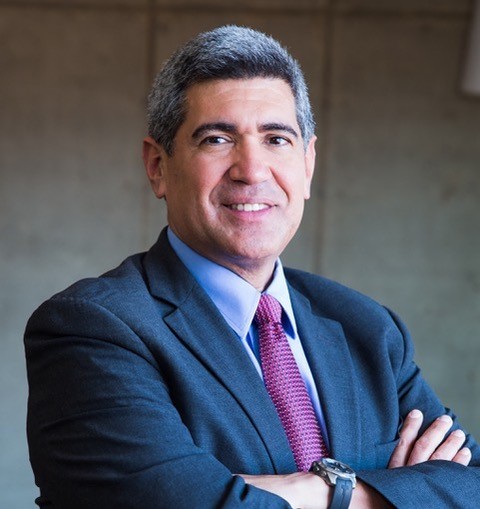 Ecuadorian by birth, Latin American by heart, Dr. Arturo Condo is the President of EARTH University, an innovative global university educating leaders for sustainable development, especially for rural areas of the world. He served as President of INCAE Business School between 2007 and 2015. Prior to that, he was Dean of the MBA, Dean of Innovation and Development and Director of the Latin American Center for Competitiveness and Sustainable Development (CLACDS) at INCAE. Through the years he led a team of professors and researchers to create and launch new versions of the school’s MBA and Executive MBA programs, renovated the leadership
structure of the school, supported a new generation of Executive Education programs, attracted a renewed community of allies and donors, while sustaining INCAE’s commitment to the Central American integration process with a regional and global perspective. He also led INCAE’s involvement in the development of leaders for the public sector, the promotion of greater participation of women in top leadership and the adoption of the MBA Oath, a compendium of ethical principles for business leaders. From INCAE and CLACDS, Dr. Condo and his teams have worked with private and public leaders to strengthen competitive clusters and promote sustainable development. He is a founding member of the Central American Private Sector Initiative (CAPSI), a group of regional leaders focused on improving the lives of Central Americans through regional action.

He is author and co-author of a number of articles, books and teaching cases in business strategy, international business, competitiveness and sustainable development. He has a Doctorate from Harvard Business School in business strategy and competitiveness and was recognized as a “Distinguished Scholar” in his MBA at INCAE. Dr. Condo serves as Senior Institute Associate of Harvard’s Institute for Strategy and Competitiveness, a think-tank led by Prof. Michael Porter. His research has focused on the development of sustainable competitive advantage by Latin American firms both locally, regionally and globally. He has also worked as a consultant in strategic planning and global strategy for firms and industry organizations in Latin America and Asia. He has been advisor to multilateral organizations like the Inter-American Development Bank (IDB) and the Asian Development Bank. In 2014, he launched Keyword Centroamerica, a strategic information company where he serves as Chairman. He is also member of the Board of Directors of Bancolombia, the largest bank in
Colombia.

In 2006, he was named to the Inaugural Class of the Central American Leadership Initiative (CALI), an Aspen Institute Fellowship. In 2007, the World Economic Forum (WEF) recognized him as a Young Global Leader (YGL), an honor bestowed to “recognize and acknowledge the most extraordinary leaders of the world under the age of 40”. As part of the YGL community, he was co-founder of the YGL Business Oath and later a founding member of the Advisory Board of the Global Business Oath Project, both projects that aspire to change ethical behavior of business leaders around the world. Dr. Condo became a key supporter for the creation of INCAE’s MBA Oath Club in 2011, which seeks to create awareness in the minds of INCAE students and graduates about the importance of personal ethics and sustainability values in the business world. His work also focuses on gender equality, having founded INCAE’s Center for Women’s Leadership. As part of the World Economic Forum, he is a member of the Latin American Competitiveness Lab and the Global Agenda Council on the Future of Jobs, and since 2015 is a Member of the Inter- American Dialogue.

Dr. Condo is passionate about education as well as Latin America’s increasing role in the world. He is a strong believer in the power of youth to change the world. He is the Founding Curator of the San Jose Hub of the Global Shapers Community, part of the World Economic Forum. He lives in Costa Rica, is married and has three children.

"The true goal of education is the transformation of the human being. It is never too early or too late to develop."