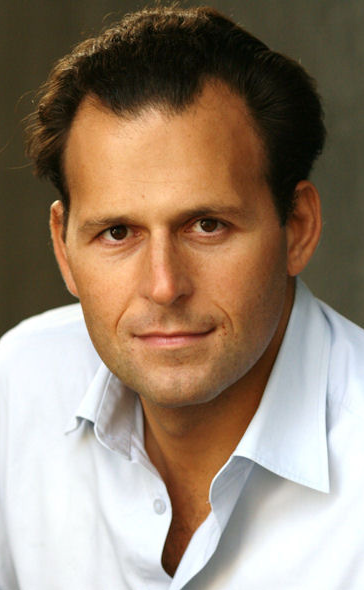 Arnaud started MicroCred, www.microcredgroup.com in 2006 as a bank-holding company investing and running a group of mass-market banks and non bank financial institutions (NBFIs) focusing on Africa & China. As of today, MicroCred run 8 banks in Africa and China reaching more than 325 000 clients with a loan book of more than 300 MUSD. Microcred’s banks usually reach profitability in the first 2 to 3 years of their operations while serving among the most undersved small and micro-entrepreneurs.

Arnaud Ventura is a serial entrepreneur, in addition to MicroCred Group, he has cofounded PlaNet Finance Group (www.planetfinancegroup.org) an international non profit dedicated to the development of microfinance in 1998, mBank Holding (http://www.mbankholding.com/en/) a mobile bank group with an operation in the Philippines in 2010 and the Positive Economy Forum (http://positiveeconomy.co/) a forum to promote and develop a positive economy.

In 2010 Arnaud founded mBank Holding www.mbankholding.com a holding company investing in microfinance bank leveraging mobile operator technology and distribution network to offer financial services to underserved clients. mBank first investment ( a 10 MUSD investment) was done in 2012, jointly with SMART, the largest mobile operator of the Philippines to create mBank Philippines. mBank Philippines got a bank licence in 2013 and started its operations then.

In 2012, interested by the development of a the Triple Bottom Line sector, through the examples of microfinance, social business, fair trade, or more generally looking at how different economists (Porter, Stiglitz, etc.) entrepreneurs and large corporate had developed an interest in approaches combining economic value creation with social and environmental value creation, Arnaud created the Positive Economy Forum
http://positiveeconomy.co/ a Forum to promote and develop an economy that create value for future generations. The forum is a TED-like event gathering entrepreneurs, economists and a public interested in the development of a Positive Economy. The latest forum happening in Sept 2014 in France gathered 500 speakers and 5000 participants.

Arnaud is also cofounder of the French China Foundation http://www.francechinafoundation.org/, he was nominated Young Global Leader of the World Economic Forum in 2013 and French American Young Leader in 2005.

Before co-founding PlaNet Finance, Arnaud worked for BNP Paribas in France and Argentina and participated in the creation of two leading Internet providers in France and in Thailand between 1994 and 1996 (Club-Internet & Internet Thaïland).

"Education makes the world a better place and teachers are the source of inspiration which makes it possible. The Global Teacher Prize is a fantastic initiative acknowledging the unique role of teachers in improving our world."